Probably the key question for next year is ‘when will the U.S. Federal Reserve Bank start raising interest rates?’   The bank will avoid raising rates too early to ensure the recovery is strong enough to take an interest rate rise but they won’t want inflation to get too far out of hand.  A leading indicator is wage growth in the U.S., which has been very subdued since the financial crisis of 2008, not even covering for inflation.  This is one of the key factors in driving greater in-equality in the United States where wage earners haven’t seen a rebound, but the investment markets have been doing very nicely.  In recent months wage growth has started to show signs of life, although it is still well below the levels of 2006 and 2007.  Well worth keeping an eye on as a leading indicator. 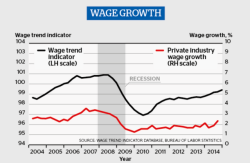 Wage growth is a consequence of falling unemployment, which, as the graph below shows continues to improve.  It has now fallen below 6.0% and looks set to reach lower than 5.5% in 2015.  It will be interesting to see whether this slows as more former workers return to the work-force and increase the participation rate.  If not, and rising interest rates are on the cards, then the key benchmark is the effect this will have on the U.S. 10 year Treasury rate.   U.S. treasury rates are back down at 2%, which is a very low level.  This is not much of a return when inflation is 1.5-1.8%, but indicates what large institutions and pension funds are happy to earn on their money while they wait.  A spike in the U.S. 10 year treasury rate would affect stock markets since valuations on other assets are affected by the rate of return.  If rates spike then a decent correction in the stock market could be on the cards.  We don’t expect a spike, since we expect the U.S. Federal Reserve to take their time, but bond markets can sometimes take a mind of their own, and this could cause some instability. 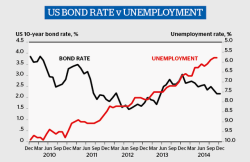 We move to China for the next point.  China is now the dominant producer and consumer of many commodities and its impact will drive price changes in copper, coal, iron ore, steel.  Only oil stands as a major commodity where the drivers are arguably elsewhere.  China is unquestionably in the middle of a property slow-down and the key question is how deep will it be?  This isn’t a financial system question.  We think the Chinese financial system can and will be kept afloat.  Chinese property construction needed to be cooled, and the Chinese government has down so, which has eased prices and also sales.  Chinese property sales however drive demand for steel and copper and with that iron ore and many other commodities.  The supply side has responed with increased capacity, particularly in Iron Ore.  This has led to falling prices as well as falling prices for steel and other consumables.  Falling prices, are, reduced inflation impact and this will affect prices through-out the world now that China is such a large swing producer in so many categories and a large steel exporter.  This fall will also have an impact on commodity producer currencies like Australia, Canada, Brazil and African countries. The Economist has a easy to use chart here to identify the winners and losers. 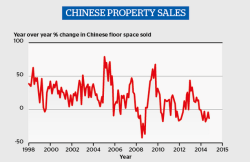 It seems cheating to include this chart from the Economist magazine when it includes 3 panels, but it does do a wonderful job of explaining the impact of falling oil prices and putting it in perspective.  Oil has fallen even further since it was produced making that falling line on the right just the beginning.  If oil stays low (in the $55-50 USD per barrel range) or falls further then it will have a significant impact on many countries.  It is likely to lead to even more political instability.  Venezuela looks all but certain to have a crisis and may have played a role with Cuba reaching a long overdue settlement with the US.  Russia seems likely to be another area that will feel the stress and it may also lead to a less aggressive posture.  Could the same be true of Iran?  We can hope.  The importers however are the main winners and the falling inflation affect on China and India might be important in improving their economies this year. 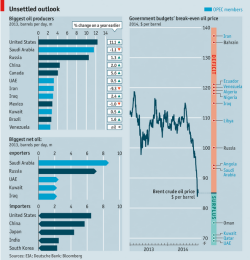 It is hard to boil the European situation into one graph.  Government debt continues to rise and interest rates continue to fall (except for Greece).  Low growth stagnation abounds, all aided and abetted by a lack of political will to conduct real reforms whilst anti-Euro parties rise.  So many factors combining to give a rather turgid situation.

We think the risk of a deflationary spiral in Europe is the key risk as can be seen from inflation rates below that border on zero even before the impact of falling oil prices.  If Europe’s policy makers can seize the moment to get its economic heart jump-started and develop enough momentum then the other problems appear tractable.  After all, Europe is a rich place with strong democratic traditions, mostly good rule of law, world class companies and plenty of ability to solve problems as long as the government makes the right decisions.  We fear that ‘muddling along’ will be theme for Europe again this year. 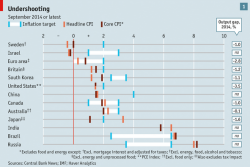