Kijani frozen – why we didn’t invest

Yesterday it was announced that the Kijani Commodity Fund had frozen due to allegations made here.  We don’t know if those allegations are true, but we have avoided this fund since the first time it was offered.  So it wasn’t a surprise to us that it had frozen or that it had allegations made against it.  In fact, we thought it had several red flags which we would like to share.  We would have like to have done this earlier, but when a fund is live, you can’t write about your suspicions without an expensive lawyer on hand.  That’s a shame for the investing public.  But now, let’s learn from the demise of this fund.  What were red flags for us and in our opinion, why did we avoid this fund?

We were approached by about four or five different companies or individuals who claimed to represent Kijani’s funds.  This seemed very odd.  Usually a fund has only one distributor.

b) It sounded too good to be true.

We couldn’t understand how the fund, which claimed in its prospectus to invest in precious metals and commodities, had no correlation to precious metals or any commodity price index at all.  Of course we were give reasons for this, but…

We were told two stories by the fund representatives.  Perhaps there were others, but this is what we heard.

Both of these didn’t make that much sense if you thought about it.  But the biggest problem was: why were the stories different from the prospectus or investment memorandum?  You’d have to ignore the prospectus to believe in the fund, and that just doesn’t make sense.

d) The custody chain looked dodgy, even if the stories were true

Both stories we heard about how the fund made its returns seemed to have significant holes in the custody process, even if true and above board.  We prefer funds that buy only listed securities such as stocks and bonds because the custody process is clear, robust and well understood.  This is because the custodial process is designed to prevent the two most serious causes of fund failure: the theft of assets and massive overvaluation (i.e. fraud) which can lead to un-justified ‘performance fees’, which can over time grow to a large cumulative amount, thus leaving the fund far short of its real asset valuation.

The Kijani fund ticked all these boxes in our opinion.  When you are dealing with assets such as diamonds, precious metals in far flung countries and even real estate where there is no active market, it is hard for the custodians to do their work well if at all.  It is also far easier for organized fund criminals to do theirs.  In our opinion it is best just to avoid any fund that buys or sells something that isn’t a stock or a bond*.

Being regulated in good fund countries like Luxembourg or Hong Kong is no guarantee of quality but it certainly helps.  Some places just are better than others when it comes to regulating funds.  We would argue that some offshore places like the Caymans or Mauritius have less experience, and the common industry perception is they have looser rules to attract fund managers with unusual strategies.  This also means they are more likely to be outplayed by those who are intent on theft and fraud.  Yes, there are probably many good funds in these locations with funds that are completely fine.  The problem is when you combine this fear with the other factors mentioned above it was just one more reason why Kijani was always way too risky for our blood. 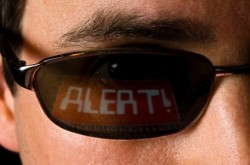 In fact, amongst experienced players in the industry, the Kijani Commodity Fund was commonly mentioned as the “fund most likely” to freeze or lose investors money in a case of fraud.  Usually the reason just boiled down to “it was too good to be true”.  What is continually surprising to us here at Caterer Goodman is that big fund platform and life insurance companies continue to allow such obvious frauds and problem funds into their systems.  They say they conduct due diligence, and they should, since that is usually beyond the resources of most financial advisers.  Yet there has been quite a procession of failures over the last decade that makes the value of this due diligence seem questionable at best.  Perhaps they don’t see it as their role.  Or, perhaps, the demand of commission earning advisers and the illusion of strong returns just seems to be too much pressure for them to bear.  Neither reason covers that industry in glory.

So which fund will blow up next?

We’d love to share our opinions, we really would.  But given our lawyers are already overpaid, we don’t want to make that situation worse by inviting litigation from rogues.  So if you want our unvarnished and experienced opinion it would have to be over a coffee sometime.  And trust us, you’ll need the biggest cup Starbucks has since we’ve got lots of incredible stories to tell.

Well it seems that Bill and I didn’t talk about who was going to write on Kijani freezing redemptions.  Given we have chewed the fat on this topic many times over the last few years we both have strong opinions on this fund. So Bill has also written on the same topic, and so rather than discard his opinion. Here it is from Bill Longstreet’s perspective.

Announced this week, Kijani Commodities fund and it’s sub funds have all been suspended.  Though this is concerning development, it is not at all surprising.  The fund generated significant returns +14% per annum over the last 3 years with very little volatility, this compares to the commodities average sector annualized return of -4.3%.  The fund experienced one down month in over three years of operation.  It was almost as if they were printing money.  The fund had no transparency on how they were able to consistently generate such high returns.  This fund was distributed by at least 6 different companies that I know of, all with a different story on what they actually did.

I warned my previous employer and the various life companies that allowed the fund on their platforms of its risk and of course it fell on deaf ears.   Whether they reconsidered later is hard to tell since I’m no longer in contact with those organizations.  What does seem clearer is though we are waiting for more information on the fund, it looks like it was a ponzi scheme.

Signs that the investment is a scam:

*Yes, there are times when fund investing into property and private equity makes sense.  For example listed REITS are fine for property.  But the full explanation is outside the scope of this little post.  If you aren’t sure of what to look for though, it is a good idea you just reconsider the whole idea.