Bitcoin: Bubble or the Future?

I’ve been asked my thoughts on Bitcoin.  Mining Bitcoins is on all the front pages right now.   Apparently you need a thousand United States dollars to buy one.   That’s a lot more than it used to be.  Still I can see several problems with the whole enterprise and my recommendation would be to sell.  Here are some quick thoughts.

Bitcoins seems just a bit too ephemeral for my liking.  (Yes, I know all currencies are a trust exercise).  I’ve read reports of people who have accidently thrown away their Bitcoins when they threw out their computer.  Sounds risky to me.

Secondly, although not having a government or a bank or a central bank involved seems like a good thing.  You’d think that people would have some kind of respect for institutions that have grown over the last 2 centuries.  They are there for a reason, not a whim.  A currency with an army behind has real power.  Call me Kissinger.

Ah, yes there are other reason.  Anonymity.  No-one knowing what you are doing or who you are.  That seems like a great reason for some, although outside of those not breaking the law (drug dealers, gangsters, tax avoiders), I think the present system is plenty safe enough.  To boot, it turns out Bitcoin is not only not anonymous, it can be stolen too.

Also, can I get interest on my Bitcoin?  Can I pay for my groceries with a small slice of Bitcoin?  Buy shares?  Use it as a deposit on a house?  Or do I need to exchange it with a truly functioning currency like a USD first?  Hmmm.  Are we creating or solving problems with Bitcoin? 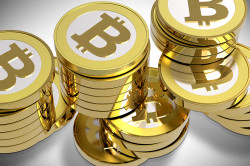 Bitcoin also a whole bunch of problems all of it is own.  I’m uncomfortable using Bitcoins from a moral perspective.  Did you know that there is now enough computer power devoted to “mining” bitcoins than in all the top 5 supercomputers in the world?   That’s a lot of power consumption and greenhouse gases for something of little if any practical benefit.  Surely that would be better used to drug discovery or ecommerce.  It’s only a matter of time before Bitcoins internal contradictions come unstuck.

We do agree, something like Bitcoin, may well have a future.  But we doubt that Bitcoin is that future.  We can’t help think that the interest in Bitcoin reflects disillusionment with the poor economy in the US and Europe.  Communist thought got a huge boost in popularity due to the Great Depression.  It is only natural to consider options when we think “things are working!”.

However, we don’t think a new currency will change the true state of the economy.  And an electronic currency isn’t the safe store of wealth that say, agricultural land or even a house is, if fear is your driver.  Those things have real uses, regardless of the financial system and therefore have a retainable value.  For transactions, US dollars and other currencies remain hard to beat.

Then what, pray tell, is Bitcoin for exactly?  My life seems just fine without it.

Our final thoughts are, it is time to sell.  For two good reasons.  Firstly, we talked about “front page investing” recently and Bitcoin is a classic example.  That’s a reason to sell if nothing else.  Secondly, any time an asset is up quite a lot in a short space of time, taking profits is always a good idea.  Or as the Economist puts it:” if you are lucky or clever enough to have owned an asset whose price has risen 60-fold in a year, it might be time to sell.”

Bitcoin may be the herald of things to come, but for now it is heading for a bit tumble.  Not sure when, but it will happen.

Link to other article.