Lost in the hullaballoo around travel bans is the less noticed Donald Trump order to delay implementation on the fiduciary duty rule for retirement accounts. This is rather sad news for investors. In essence it means that US brokers won’t be obligated to put clients first when helping them invest for retirement. But how do offshore IFAs and brokers stack up? Given the number of websites and promotional material boldly proclaiming that “we put clients first” are they all really trying to live up to a fiduciary level rule? 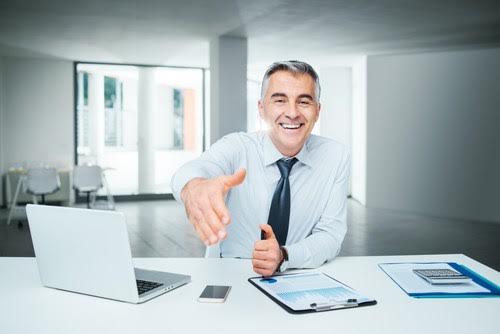 As any long-term expatriate can tell you, nothing could be further from the truth. Offshore brokers don’t have a fiduciary rule or even anything like it. In fact the vast majority don’t even disclose the details of their commissions. Even if they wanted to, which is unlikely, most offshore insurance companies and investment companies ban the release of this information. There is a clearly stated threat that terms of business would be terminated if this were to happen. Given it would destroy their business, you can imagine few brokers want to test the rules here. Despite that positive trends have emerged in recent years.

Surprisingly it is low tax centers like Hong Kong, Singapore and Dubai that seem to be leading the way. Waves of complaints can waken even the sleepiest regulator it seems. It’s not a revolution mind you. It’s not a requirement for fiduciary duty or even for mandatory commission disclosure, something that happened in UK and Australia years ago. The progress is merely a ban on the “indemnified commissions” which is like a cap on upfront commissions paid for starting a regular savings investment account. It’s a blunt rule, but it’s definitely progress.

Even this small change however has led to a backlash from some in the industry forced to improve their practices and change their business models. This has been too much for many brokerage companies and individual brokers in Hong Kong and UAE based brokers are living in fear the same is in store for them. When you are reliant on a $20K USD commission for selling a three thousand a month savings plan so you can pay for your team of cold callers and your snazzy office, it can often seem difficult to see another way. Sales of insurance linked investments in Hong Kong collapsed after the commission ban.

Still let’s not kid ourselves that our competitors will suddenly be clean with these welcome changes. Indeed, there has been some unexpected negative consequences, which we might discuss in a future post. Even in the US where considerably more protections are in place, the roll-back of the fiduciary rule show how progress is far from certain and how far it has to go elsewhere. Keep in mind that the fiduciary rule was to be for only retirement accounts, not ordinary accounts.

Even that small change had brokers up in arms because it would expose the gap between sales spin when a broker was forced to use two different standards for two different accounts. The uncomfortable reality as John C Bogle, founder of Vanguard put it in a recent New York Times opinion piece.

The now-endangered fiduciary rule is based on a simple — and seemingly unarguable — principle: that in giving advice to clients with retirement funds, stockbrokers, registered investment advisers and insurance agents must act in the best interests of their clients . . . It simply doesn’t seem like a good business practice for Wall Street to tell its client-investors, ‘We put your interests second, after our firm’s, but it’s close.’

Can you imagine what a truthful statement would look like for most offshore IFAs? We put clients fourth! After ourselves, our company and the investment company providing the product! Sign up now!

Bottom-line: Get your adviser to manage your money in an online discount brokerage account for a management fee. Insist on complete transparency and no lock-ins or if you can’t find anyone, simply do it yourself. It might not be a fiduciary rule but given it aligns the interests of your broker with yours, it works like one. Your investment account will do far better as a result.