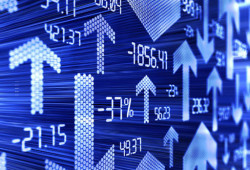 It has been a while since we have discussed the markets.  You’ll have to forgive us, it has been a busy time of growth here at the Caterer Goodman offices.  Still at the end of the quarter, it is a good time to sit back and review a few areas.  Also given the Easter break and Qingming festival you might have time to read an extended review.

We will split this over several posts this week since even a summary could be quite long.  We also won’t address every market.  We will limit our efforts to markets where there is something interesting to say.

The real economy has picked up with unemployment continuing to drop, whilst the markets have continued the good roll since late in 2012.  The S&P 500 index is up 11.89% since the beginning of the year the narrower Dow Jones Industrial Average is up 12.68%.  In fact the good run has continued with some decent bumps since the bottom of the market in early 2009.  The Dow Jones first hit an all-time record high a few weeks back, and the S&P 500 got there in the last couple of days.  There is a considerable amount of confidence in the markets, despite the storm clouds from across the ocean to the east.

There are arguments both for and against the market run continuing.  The best and strongest argument for the bulls is the price of money.  It is very cheap right now.  You are feeling this in your bank account for the negligible (read zero) interest you get in your savings/checking account.  This is negative real interest, basically a technical way of saying “inflation is eating away at your money”.  This is a mighty strong incentive to put your cash to use rather than let it gather dust and fees.   Not just the average person, but also pension funds also feel this pressure since they need to meet their obligations for the future.  This cheap money pressure will continue to push the fearful, for at least part of their money, out of cash and into other assets, thus pushing up demand and price.

The arguments against further rises focus on two factors.  Some bad luck (or at least bad media) with the world or the economy, particularly with Europe, is bound to happen sooner or later.  It did last year.  Europe in particular has an ongoing crisis (if you can say a crisis is ongoing) with its government debt situation since 2009.   This combined with very low growth and high unemployment continues to be an accident waiting to happen.  When it does, it will affect the US and probably most large markets, though the impact will likely be short-term given the determination of the authorities to stop any slide deepening.

The second good argument is valuation.  The American market is now well above its long term PE average ratio on something called the Shiller PE ratio (a long term measure of a market’s value) at around 22.8, much higher than the average of 16.  Another measure, the dividend yield, doesn’t look any better either.  Keep in mind though that it is not at an extreme level yet either and the market does have a history of getting to the extremes, so there is no guarantee it won’t keep going either.  Still the longer term returns.

The UK stock market index called the FTSE has been quite decent as well, at least in GBP terms with an 8.5% return for the first quarter.  Compared with the US markets the FTSE has lagged a little, not yet besting the records set prior to the financial crisis in 2007.   Also, if you take out the last 3 months the market hasn’t really done much for the last couple of years.  Clearly fears

The more interesting perspective, for an international investor, is the poor recent performance of the Pound Sterling, which has fallen to as low as $1.49 to a USD and barely holding above $1.51.  Economic growth and confidence in the UK continues to suffer from the malaise across the channel.

The interesting features of Europe, in a British understatement sort of way, are the on-going problems with banks, debt and financial stability.  The bail-out of the minnow of Cypress, which should have merited not a mention, was badly mismanaged.  The EU was meant to bring countries together, not drive them apart.  Political developments in Germany and several other countries could be the start of the later trend.  Far more than financial theatrics, real political developments is something to really watch and worry about.

Japan was something of a stock market star this quarter up 20%.  Keep in mind the weak Yen however diluted this to a gain of 10% in US dollar terms, thus not beating the US (again).  Australia was another solid performer up 6.4% and 7.5% in US dollar terms after the Aussie dollar, again, rallied further.