Cultural differences will end the Euro

I recently visited the Europe Union of a union of a different sort: a Finnish wedding.  Whilst in Finland, as a history buff, I took the opportunity to spend a few days in Rome, Italy.   The contrast and history behind Finland, the part of Europe that has been doing well, and Rome, Italy, the part that is struggling with competitiveness and debt, is useful for understanding the present Euro crisis and how it might play out.

The differences between Finland and Italy are a useful summary of differences between the debtor south and the parsimonious north of Europe.   Hard working, parsimonious, utilitarian, egalitarian north (Finland, Germany, Scandinavia, Holland) versus the spendthrift, flashy, enjoying their life south (Greece, Italy, Spain and possibly parts of France).  The differences might be due to heritage or religion (Protestant north versus Catholic south), but above all they do seem deeply engrained.  Definitely cultural.

Despite all the best intentions in the world, it is hard to see sufficient change occurring. In my opinion cultural values don’t change, at least not quickly.  They do, for example, have a long demonstrated history.  Italy, exemplified by Rome has had a tradition of grand displays of wealth and living the good life, that go back millennia, at least prior to Christ.  The evidence was physical and everywhere.  The old churches and buildings in Finland by contrast were practical, sparse and simple.

I’m not a believer (pardon the pun) in the explanation of Catholics versus Protestant culture; rather that the religious differences reflect deeper underlying cultural differences.  Malcolm Gladwell has argued that rice growing culture in China explains Chinese success at math and cooperative labor, whilst hill herder culture describes the honor oriented approach of the Irish/Scottish in a way that has survived transplantation across to the South of the United States.  It’s an interesting and persuasive theory. 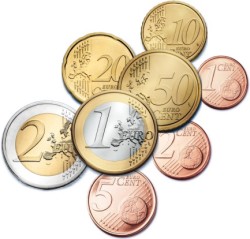 In Europe, I’d argue a deeper culture is at work, again based on climate and circumstance.  Being practical, prepared and collaboratively organized is the only way to survive a Finnish or Northern winter where temperatures are well below freezing for months at a time.  Egalitarianism and thinking of others is probably a result of being shut inside for 5 months of a year – being selfish and annoying is a sure way to be thrown outside to a certain freezing death.

In the south, even the poorly prepared can last their short, mild winter.  No planning or collaboration is required so minds can be free to wander onto other matters.  For example, seeking status through consumption, enjoyment of life and flashy displays of wealth.   Another example is the reformation.  A significant part of Martin Luther’s protest was the Catholic church’s predilection of the time for selling indulgences.  Many people (of course not all) in the south still see the rules, particularly tax rules, as something that doesn’t apply to them.  That they can find a way around the rules, being special and taking advantage of a situation, or being forgiven.  In global financial terms the closest we think to an indulgence or forgiveness is a unilateral devaluation of a currency.  Something that happened regularly across the south prior to the Euro.

The north is not nearly so compromising as the history of the strong Deutschmark shows.  I’d argue this difference is still strong, and probably something that will be the key in sinking the good ship Euro.

As Malcolm Gladwell and others have demonstrated, these trends can be long lasting over many generations and centuries.  It is hard to imagine a handful of politicians changing something so deeply engrained, even if that were their true desire, which is debatable.   Italians and Greeks will remain the same.  Many commentators have, correctly, in our opinion at least, diagnosed the south’s problems not as a problem of debt, but ultimately one of competitiveness.   In our opinion the source of that problem is a deeper one; an approach to life itself.

If that can’t be changed, and we don’t think it can, then we believe that the “reforms” that have been instituted and are proposed (banking union for example) will be a useful as pumping water from the Titanic; helpful for a time, but ultimately fruitless.  The Euro zone seems to be a marriage based on lies (yes, we will balance our budget!) and the lack of trust seems to be growing by the day.  All marriages based on lies and lack of trust are doomed.  Often the longer it takes, the greater the rancor, and the messier the inevitable divorce.  Witness the recent success of ultra-nationalist Golden Dawn in Greece and what it might herald.

Fortunately for my Australian friend and his Finnish bride, they seem to share a lot more culture and values than North and South Europe.  My friend should have a long marriage, but divorce in the Euro zone seems inevitable and likely messy.